Warning: the “Public Charge” law will take effect on October 15, 2019 if it is approved by the judicial court – What does this mean for immigrants?

WHAT IS THE PUBLIC CHARGE RULE?

It is an immigration reform that seeks to restrict legal immigration. Once effective, the new policy could impact more than 1 million applicants for permanent residence and visas for the United States.

The new rules, if approved by the court, would be added to the Immigration Act of 1882, which allows the United States government to deny a visa to anyone who is or may become a “public charge” in the future  .

Public Charge: This is a term used in immigration law to refer to a person who depends primarily on the government for financial support. The proposed new rule would expand the definition of who should be considered a public charge to include immigrants who use one or more government programs listed in the proposed rule:

Excluded from those new rules :

Refugees and asylees, those under 21 years of age, pregnant women receiving Medicaid, and active members of the United States Army and emergency medical assistance.

WHEN DOES THE NEW RULE GO INTO FORCE?

The new rule, if approved by the court , will take effect 60 days from its publication date: October 15, 2019.

Assuming this new policy is not blocked, the United States Department of Homeland Security (DHS), which administers the country’s naturalization and immigration system, will analyze the entire circumstances of a person, including age, health, assets, education and financial statement.

The changes, the White House declared, are necessary to protect American taxpayers, preserve the social safety net for existing residents, and to ensure that new immigrants are not a “burden on public resources.”

If you apply for permanent residence by marriage from the United States, on or after October 15, 2019, your application will be evaluated under the guidelines of the new Public Charge rule (assuming the court does not block the new policy).

The fact that a person has used public benefits in the past will not automatically disqualify him from obtaining permanent residence or another visa.

Therefore, it is extremely important that you complete your application for permanent residence immediately, before the change takes effect.

With the advice of a qualified attorney, you will be prepared for any problem that may arise in the application for your permanent residence and that, due to misinformation, could become a cause of rejection, even denial. 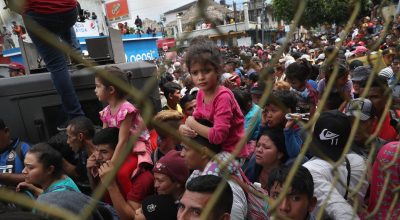