The main reason for obtaining an immigrant visa to the United States is to file a petition with the USCIS (Citizenship and Immigration Service) by a relative who is a citizen or legal resident.

The person filing the family petition is known as the petitioner or sponsor.

RULES FOR PERMANENT RESIDENCE PETITIONERS FOR A FAMILY MEMBER

The petitioner must comply with certain rules to apply for the immigrant visa for a relative:

Sponsors should be aware that being a citizen is not the same as being a legal resident when requesting a family petition .

Each status has its rights, the citizen can ask more relatives than the permanent resident who is allowed to sponsor only his spouse and unmarried children.

It may interest you => Who qualifies to obtain permanent residence due to family ties?

For the immigration authorities it is essential that the relationship is real. To do this, they pay special attention to marriage cases, where they try to detect cases of fraudulent marriages to obtain permanent residence.

REQUIREMENTS TO REQUEST THE PERMANENT RESIDENCE OF A FAMILY MEMBER

A petitioner: citizen or resident, will be unable to file a family petition  if they have been convicted of sexual assaults committed against a minor, and neither can those convicted of kidnapping or unlawful retention of a minor.

The sponsor must demonstrate that they have the financial capacity to take care of their relative and for this they must submit copies of their tax returns for the last 3 years.

Sponsors must file an Affidavit of Support (I-864) requiring them to financially support the immigrant and reimburse any government agency or private entity that provides federal, state, or local public benefits to the sponsored immigrant.

If the sponsor does not have sufficient resources to make a family request, they can present co-sponsors. The responsibilities of the joint sponsor are the same as those of the main sponsor.

The obligation to support the foreign relative continues until the immigrant becomes a U.S. citizen, leaves the United States permanently, or until the immigrant completes the 40 listed credits, in most cases that means taking approximately 10 years of work.

When the sponsor applying for permanent residence for their spouse gets divorced, the obligation does not end, but continues until the immigrant’s naturalization or the 40 quoted credits.

When a citizen or a resident files a family petition and the latter later dies, the process can continue if 3 requirements are met: 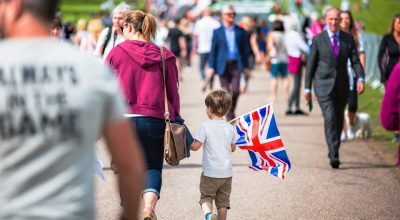 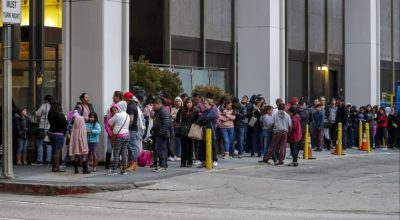