How to apply for permanent residence for a child?

An American citizen or a person with permanent residence can apply for a green card in the United States for their children through immigration through family ties, by filing Form I 130 (Petition for Foreign Relative).

However, there are big differences between which children can the US citizen ask for and which ones can the permanent resident ask for?

The U.S. citizen can ask:

Unmarried children under the age of 21 of a US citizen are qualified as immediate relatives, therefore there is no annual limit on the number of visas for them.

This means that your process to receive permanent residence is relatively short, it can take between 12 and 24 months.

Married children, and children over the age of 21 of a citizen, are classified in the family preference category.

Their process for receiving permanent residence is longer in relation to unmarried children under the age of 21.

Citizen petition for your stepchildren

The same rules apply as for biological children, but with an additional requirement: The marriage with his spouse (father or mother of the child) must have been carried out before the young person had turned 18 years old.

Petition of a citizen for adopted children

Petitions for permanent residence of adopted children have an additional requirement than petitions for biological children:

The immigration laws of the United States, as a general rule, only accept young people who were adopted before turning 16, although this rule has its exceptions.

The most advisable thing in these petitions is to seek the help of an immigration lawyer to study each case in particular.

The permanent resident can request:

Lawful permanent residents can file Form I-130 to:

¿ What happens if a resident requests an unmarried child and he marries during processing?

There is no visa category for married children, therefore, the petition filed for that child will be automatically revoked.

What if a permanent resident asks their spouse and he has children?

The spouse’s children can also be requested if they are under  21 and single .

If any of them turns 21 during the processing time, a new petition will have to be made for that child.

Petition of a citizen for adopted children

Petitions for adopted children have some more complicated requirements.

United States immigration law, as a general rule, accepts only youth who were legally adopted before their 16th birthday, although this rule has its exceptions.

As we said earlier, if you are interested in initiating a residency application for an adopted child, we recommend that you consult an experienced immigration law attorney. You can contact us to give you the relevant advice. 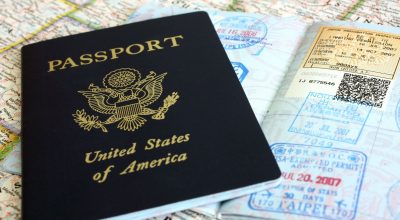