It is very common to hear in our immigrant community that a person who came to the United States as a tourist or as a student found the love of their life in the country and the couple decides to marry immediately in order to adjust the spouse’s immigration status within the United States. .

Well, as of September 1, 2017, the Department of State (DOS) revised its guide of the Manual of Foreign Affairs (FAM) and has replaced the relative regulations with the concept of “misrepresentation” of a substantial fact and how they should Determine the inadmissibility of a foreigner applying for an immigrant visa or a non-immigrant visa.

According to INA §212 (a) (6) , “Any alien who, through fraud or willful misrepresentation of a material fact, seeks to obtain (or has sought to obtain or has acquired) a visa, other documentation, or admission to the United States or other benefit provided under this Act, is inadmissible. “

Under the old rule, if a person entered the U.S. on a tourist visa and violated their visitor status either by marrying a U.S. citizen or starting work within the first 30 days, their intention was presumed upon entering the country He was a migrant and he lied when obtaining his visitor visa. If, on the contrary, it was done after 30 days but within the first 60 days the same was presumed but the person could refute that presumption with evidence to the contrary.

As of September 1, 2017, the 90-day rule is established, which regulates that if a foreign person violates or performs activities that are inconsistent with the requested visa within 90 days of entering the US, Consular officials can presume that what the foreigner said is a “deliberate misrepresentation” of the substantial facts to obtain the requested visa, that is, that the foreigner committed “fraud” or “intentionally lied” when applying for a visa.

The changes to the FAM include a section on “inconsistent” conduct within 90 days of entry, which would allow consular officials to determine that the alien is inadmissible.

What facts presuppose this deliberate violation or misrepresentation of the requested visa?

1) Work in the USA without authorization granted;
2) Enroll in an academic study course not allowed by the current visa (for example with a tourist visa);
3) Marry a US citizen or lawful permanent resident and reside in the US USA with a B, F visa or other type of visa or status that grants nonimmigrant status; or
4) Participate in any other activity not permitted without first making a change of status or corresponding status adjustment.

For example, if within the 90-day period, the plans of the foreigner change intentionally and he does something that he has not stated in the visa interview, such as marrying a US citizen, studying English, registering for school or working even if temporarily, these facts will suppose that the foreigner lied in substantial facts and that he did it deliberately in the visa interview. And, consequently, it would put at risk the renewal of your visa, the obtaining of a new one or the change of immigration status. And, conversely, if found in the US, this alien could be subject to deportation.

In other words, if any of the above events occur within 90 days of entering the United States on a tourist, student, or temporary work visa, the State Department will presume that you have violated or abused the visa granted. However, please note that this is only a PRESUMPTION and that the Consul will review each individual case. You will always have the right to challenge visa denial in these circumstances.

Many unanswered questions to date. It is still unclear whether this rule only applies to US Consulates abroad or will also be applied by the United States Citizenship and Immigration Service (USCIS); whether this rule can be applied in the absence of evidence of a material, deliberate and false statement made to a US government official. UU; if it does not apply or will be forgiven in the context of an adjustment of status application by an immediate relative of a United States citizen; and whether the immigration courts will apply this new 90-day rule.

The truth is that in reality many things can change in the life of a foreigner in 90 days. As I mentioned at the beginning, this rule is designed as a preventive measure to prevent people from abusing the “legal” immigration process. But at bottom this rule is an integral part of the State policy focused on reducing legal immigration, promoting immigration by “merits” and dismantling immigration by family ties. However, it is draconian to think that all changes in the life of a foreigner originate from deliberate lies. In these circumstances, the foreigner may refute this presumption, showing that there was simply a change of plans.
Finally, if an alien engages in conduct inconsistent with their nonimmigrant status more than 90 days after entering the United States, there is no presumption of willful misrepresentation, although US consular officials. USA they may still attempt to revoke the visa if there is “a reasonable belief that the alien misrepresented his purpose of travel at the time of the visa application or admission application.”

These changes can have important consequences for people applying for an adjustment of status or a change of status after entering the US. USA on a temporary or nonimmigrant visa.

The FAM does not mention the retroactive application of this new rule. However, people who relied on the old 30/60 day rule and have pending applications for adjustment of status should consult an experienced immigration attorney to plan their cases effectively. 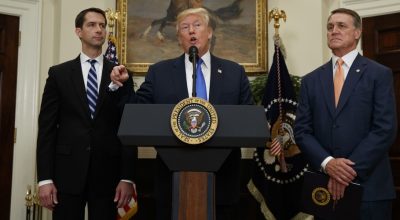