If the US immigration authorities they consider you to be “inadmissible”, you may be denied a green card. However, you do have the possibility to apply for a waiver or waiver if you meet some requirements requested by the immigration laws of the United States.

What is a waiver?

A waiver is when you ask the United States government to disregard or forgive the reason for your inadmissibility for a legal permanent residence card.

Section 212 of the Immigration and Nationality Act (INA) establishes which are the cases of inadmissibility that allow the request for forgiveness.

One of the most common grounds of inadmissibility that allow a waiver request is:

Waiver of illegal presence in the United States

Illegal presence may be the most common reason for inadmissibility of waiver requests.

If you have remained illegally and are subject to the 3-10 year penalty, you may be eligible to file Form I601A which is the Request for Provisional Waiver for Illegal Presence.

It is an immigration form that allows certain relatives of United States citizens or permanent residents to apply for an unlawful presence exemption before leaving the United States. The form is also known as a “provisional exemption request.”

Eligible individuals can wait for the results of the application while in the United States instead of having to leave and wait for a decision outside the country, often away from family and often for more than a year.

Similarly, once the application is approved, they must leave the United States to request the visa in their country of origin, but this process does not take long, however, there is a risk that they will not allow you to re-enter.

People eligible to apply for a waiver

If you are an immigrant who meets the following criteria, you can probably apply for an I-601A exemption  :

The biggest part to watch out for when filing an illegal presence waiver is to demonstrate extreme hardship.

Extreme hardships are not defined in the law itself, but are understood to mean harder hardships than a qualified relative could be expected to experience if denied admission to the United States.

This vague definition means that there is no right or wrong answer. However, it also means that the officer reviewing your case has wide discretion in deciding whether or not your relative’s circumstances are an extreme hardship.

If you are deemed inadmissible in the United States for illegally staying and want to obtain your permanent residence, it is time to consult with an immigration attorney to determine your eligibility for a waiver and help you prepare a compelling application.

It is important to be clear when, how and who can ask for forgiveness. For this reason we recommend that you be wary of people who claim to know a person at the consulate (they do not decide on the pardons) or who guarantee to obtain them. It is very important to protect yourself so that you are not a victim of fraud. 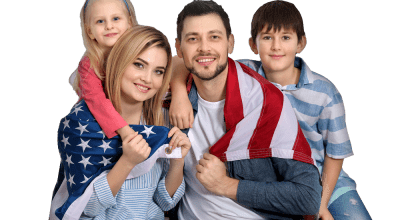 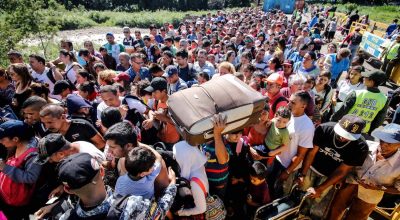